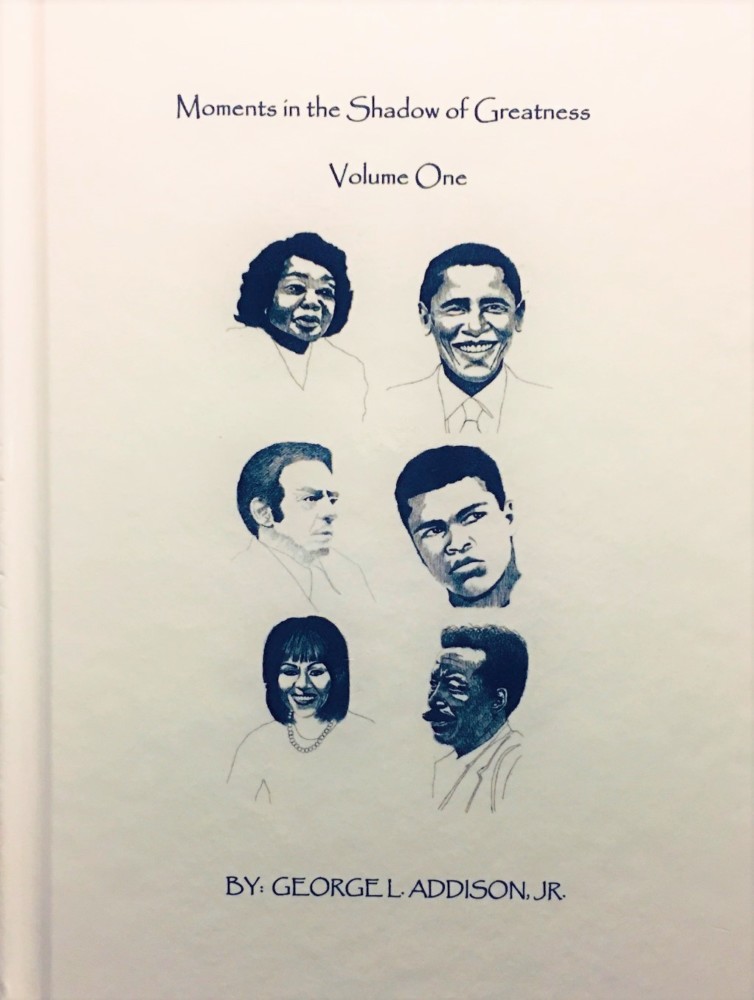 MOMENTS IN THE SHADOW OF GREATNESS VOLUME ONE (HARDCOVER)

Moments in the Shadow of Greatness shows the human side of movers and shakers you may never have the chance to meet and the achievements they have accomplished along the way. It also reminds us of how they inspire and motivate us and are more like us than not, it also illustrates how they impact the lives of ordinary people to do extraordinary things in their communities and the world. Those are the stories George Addison brings to us in his inspiring and motivational series of books “Moments in the Shadow of Greatness.”

George L. Addison, Jr., is an author, entrepreneur, journalist, veteran, the founder and CEO of Beenetwork Media Group (BMG), and the entertainment site beenetworknews.com. He has interviewed such notables as entrepreneur George C. Fraser, Chairman & CEO of FraserNet, Inc., Clifton R. Wharton, Jr., African American pioneer and former U.S. Deputy Secretary of State; former U.N. Ambassador Andrew Young; former 3-time Heavyweight Champion Muhammad Ali; Olympian Jesse Owens, Filmmaker / Author Gordon Parks, Sr. and many more. A broadcast news professional he has coordinated media events for the Olympics, the National Football League (NFL), the Department of Defense, the Pentagon and the United States Tennis Association. He is the former executive producer and host of the National Black Business Report public affairs program, which broadcast to some 14 million households via PBS /cable stations in the U.S. and Caribbean. An advocate of educational, community and civic issues, Addison has provided advisory input to numerous organizations via the Consortium for Policy Research in Education members– University of Southern California (USC), Harvard University, Rutgers, The State University of New Jersey, Michigan State University, Stanford University, University of Wisconsin – Madison and others. A former Department of the Army Excellence Award winner and Community Service Award winner, he has been recognized by former First Lady Michelle Obama, The U.S. Department of Justice, and The Commonwealth of Virginia Attorney General’s Office. Today, he mentors and coaches’ entrepreneurs while continuing his legacy and commitment to community service excellence.