Bird is the Word

Photographer Christopher Shiveley Welch has captured a series of various birds of land, lake and sea in their natural habitat. Hidden from view, he has been able to photograph our winged companions unobserved. "Capturing animals in their natural environment, completely unaware of my lens, is my passion. through the lens, we see them as they truly are." Christopher Shiveley Welch

Christopher was born in Central Ohio and is currently a student at Columbus State Community College. A former sushi chef, he works occasionally on a friend's food truck and fills in as sushi chef for several restaurants, has taken on a full schedule at college majoring in Photography and has started his own business: Christopher S Welch Photography. https://www.facebook.com/chrismolofoto/. Christopher is a traditionally published author with two books under his belt: Christopher Bullfrog Catcher and Just Chris, a companion memoir to his mother's book Son of My Soul - The Adoption of Christopher. Traditionally published at age 11 and 14, he later published two photography books, Black and White and Gray Scale and Bird is the Word, both of which explore his passion for photography. In addition, he is a talented musician and plays over six instruments, including mandolin, classical, six string, base and acoustic guitar. 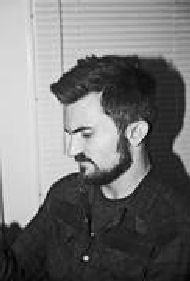