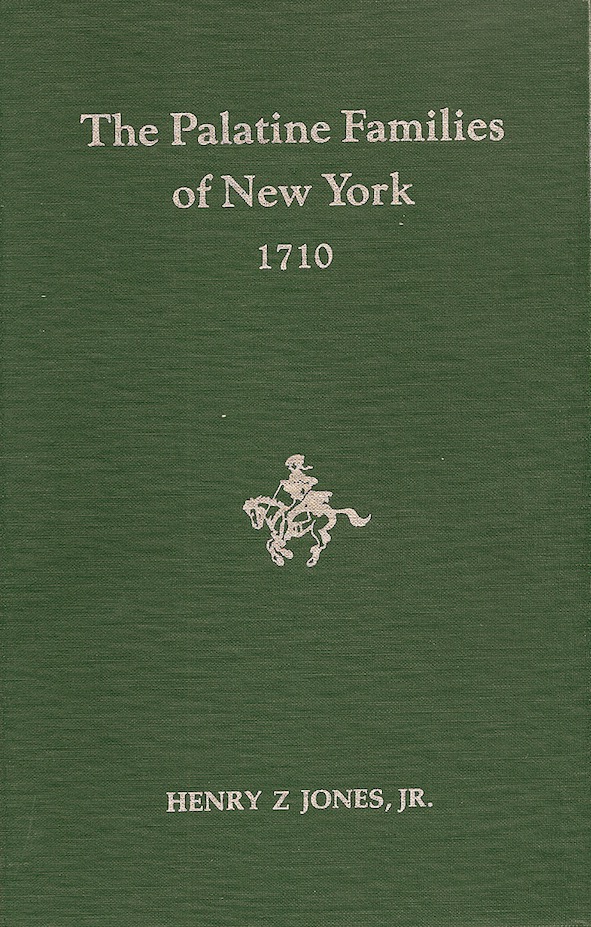 The Palatine Families of New York

Volume II of this award-winning set gives documented genealogical histories of 347 German Palatine families (from Christian Meyer to Veronica Zwick) who arrived in colonial New York in 1710, and also contains the complete index to both volumes and a lengthy Addenda section. Many of the families' German origins are included going back into the 1600s. The full set won the prestigious Donald Jacobus Prize as "Best Genealogical Book of the Year" when published. In 2019, the complete set was sold out with no reprints to be made in the future, but a few new mint copies of Volume II remain due to a printer's overrun.