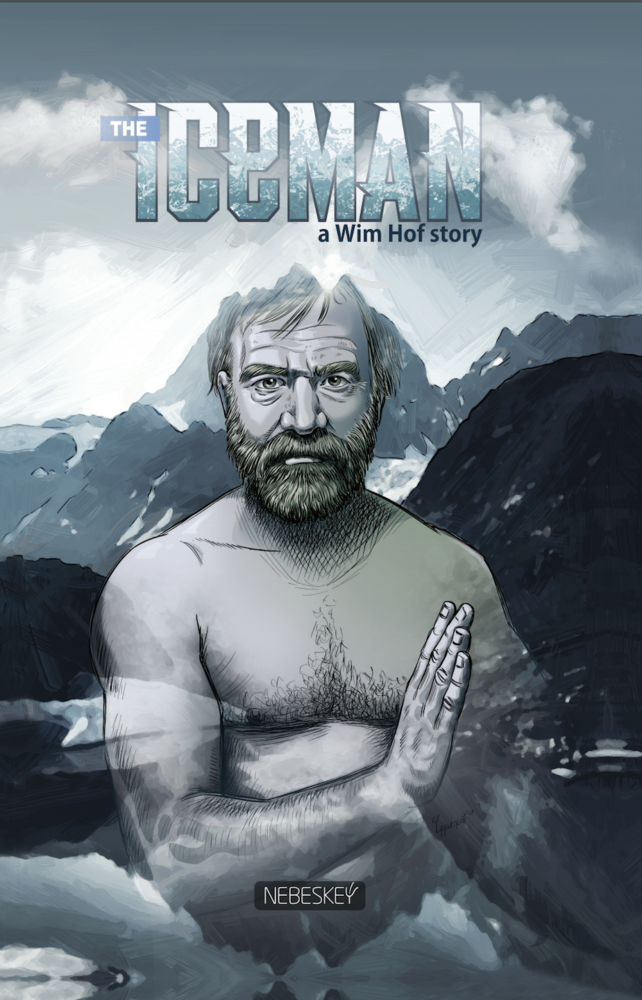 The ICEMAN: a Wim Hof story.

Storyteller and producer In 2001-2012 he produced more than 50 animated commercials and 3D-movies of commercial and industrial applications, as well as computer games. He worked in Russia and Ukraine as an advertising producer for over ten years. In 2012 he published his first book "Daogopak" - a graphic novel on adventures of Cossacks - masters of martial arts and magic. It is ranked as the "Book of the Year" and won Ukrainian Best Book Awards in 2012. In 2016 he created an edutainment project with UNICEF support by publishing a social graphic novel and animated series "Superteam against the mines" for teens and children of the Eastern part of Ukraine. The project "Inforce.team" is granted the EFFIE award for the best social project of the year. Since 2016 he has been an author and creative producer of animated poetry series based on the famous poem "Kobzar" by Taras Shevchenko. In 2019 with his co-author Lucy Nebeskey and artist Sergii Chudakorov he completed and published a comic book about a real living superhero Wim Hof, the Iceman.