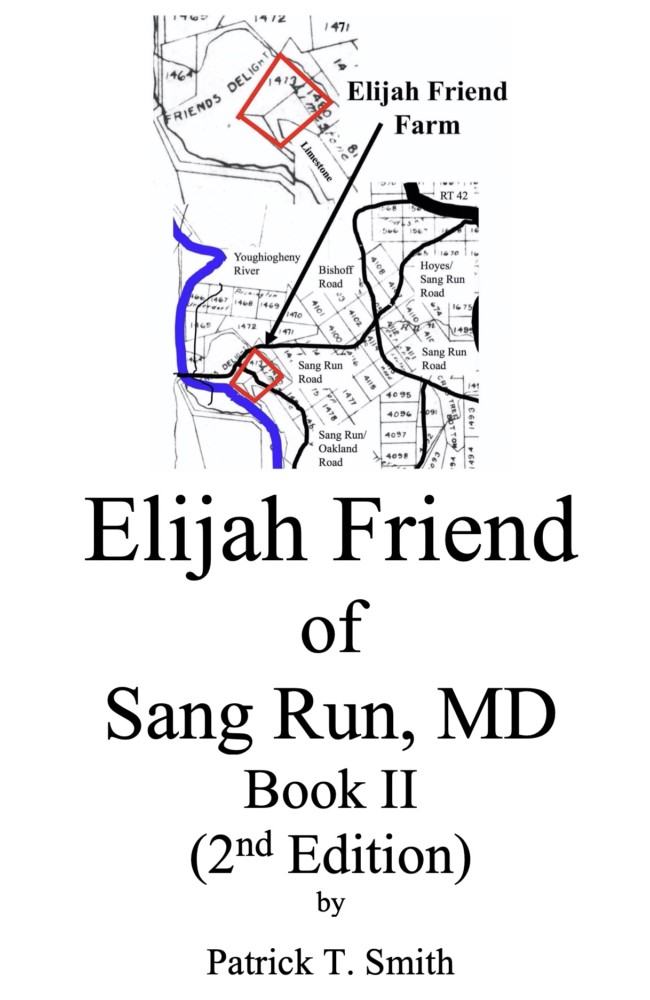 Elijah Friend (1814-1869) was born in Sang Run, MD. He was the son of John Friend Jr. (1764 to 1849) and Elizabeth Ward (1778 to 1845) and grandson of John Friend Sr. (1728 to aft 1808) founder of Friendsville, MD. He married Elizabeth Smith before 1840 and they raised a family of at least nine children. Elijah was a businessman, store-owner and farmer. Elijah Friend’s life would be cut short in a barn raising accident when he was fifty-five years old. Elizabeth Smith would out live Elijah by twenty-eight years, both would be buried in the family cemetery on the top of the hill at Sang Run, MD. Elijah and Elizabeth’s children remained close through the years. They functioned as a close-knit family buying and selling land as a group from 1871 into the 1920’s. Elijah’s children were primarily farmers living in and around the Sang Run, Hoyes Run and Friendsville Areas of Garrett County, MD. These books were formed with birth, marriage, death and burial records. They were expanded with information from the US Census, family bibles, books, land deeds, wills, estate records, photographs, personal histories and military accounts. The goal of these books is to preserve Elijah Friend’s past and that of his family. These histories have a very personal purpose, for Elijah and Elizabeth were my 3x great grandparents.