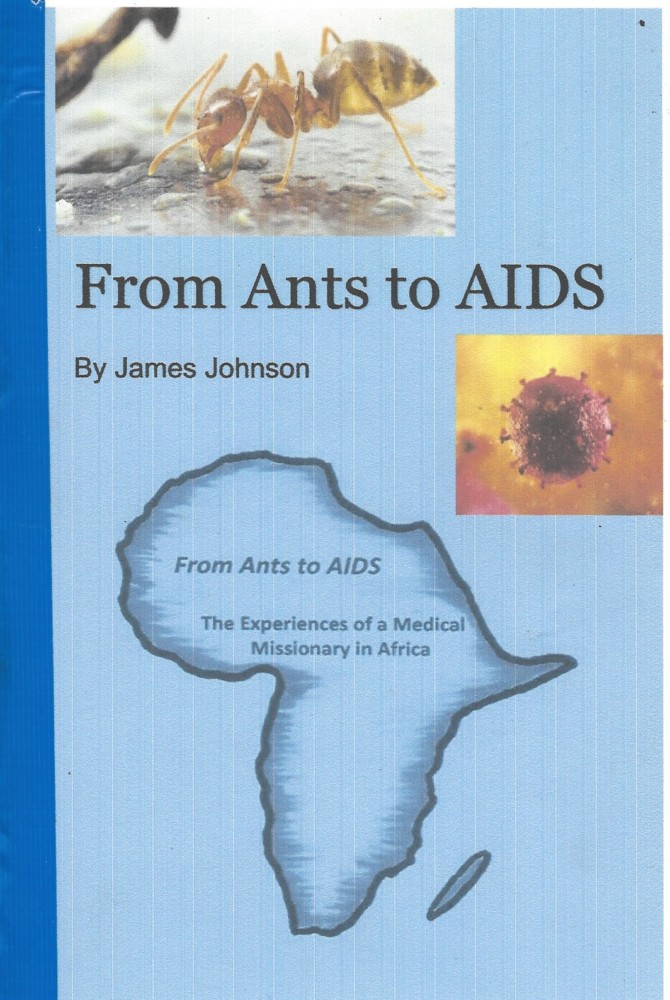 From Ants to AIDS

The Experiences of a Medical Missionary in Africa

I have entitled this book, From Ants to AIDS, because It encompasses the small things of Africa, like ants, to the large problems, like AIDS, and all the everyday experiences of life one must go through living in a land where so much is different from what we have here in the U. S. The many things we take for granted, like clean water, electricity, available food, good roads and available health care are lacking there.

James Johnson was a high school Biology teacher and later a school principal, before being called by God to Africa to help diagnose diseases in remote areas. He lived in Africa with his wife and four children. He also learned two foreign languages to enable him to communicate with the local population.