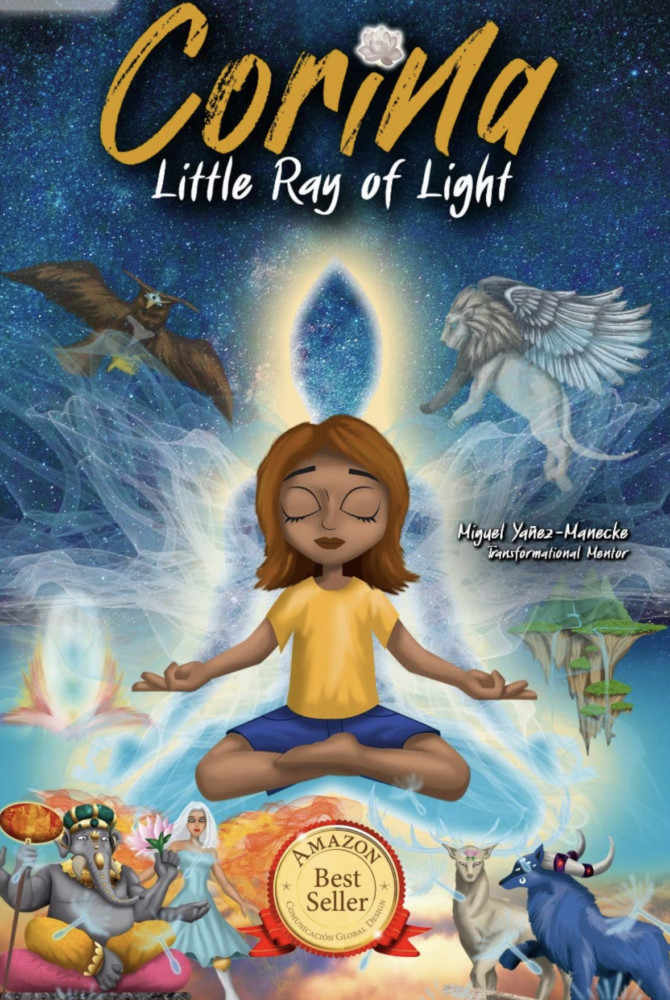 When we’re children, our parents have the gigantic task of showing us the world. A world full of suffering, poverty, and disappointment. However, this world is also full of beautiful things. As beautiful as love, family, our parents, friends, nature, the love we receive, our cultures, our faith, and our creator. In spite of so many beautiful things around us, as human beings, we insist on concentrating on the ugly in the world, many times ignoring the beautiful, this perfection of which we are a fundamental part. This beautiful fantasy story shows children how to communicate with themselves, how to manage their feelings and emotions. It teaches them how to love their neighbor and, above all, themselves. The book concludes with the wonderful revelation of the Shakras, which in their essence are little brains in our bodies that rule (with our help) the well-being of our lives, our health, and our happiness.

Miguel Yanez Manecke was born in 1968 and grew up in the beautiful country of Panama. He is a middle child and has two sisters, Anayansi and Yetzabel. Having been bullied during his entire childhood and a good part of adulthood, it wasn't until later in life that he discovered the negative impact that bullying had caused him and the almost irreversible damage it can cause not only in children but also in adults. Miguel is a proud foster parent who profoundly believes in helping children to have a better future. He loves movie nights and spending time at home with his loved ones. That includes his husband William, foster children, and his two beautiful dogs Kaya and Kansas. He also misses his beloved dog Kaiser, which passed away in March of 2021. His favorite thing to do is gardening. Although he is not an expert in the matter, he truly enjoys planting, taking care of his green friends, his flowers, and getting his hands dirty during the spring season. He completed his elementary and high school studies in his country and later achieved a Bachelor’s Degree in Computer Science at DeVry University in Kansas City, and obtained a Master's Degree in Business Administration from Washington University in St. Louis. During the past few years, he has enjoyed his work as a Training Manager at the Children's Hospital Los Angeles. Miguel is also a Transformational Life Coach, who has dedicated his recent years to help others deal with unwanted behavior. It was during this time that he discovered how deep and painful the scars of bullying were in his heart. He has created a plan for himself that has helped him and can help everyone to realize the beauty of life, and the time that can be lost by focusing in the past. He is ready to share his plan with you, through this book, through this beautiful fantasy of Corina, Little Ray of Light.